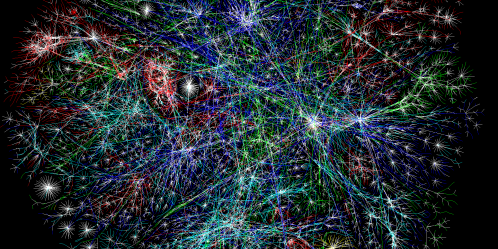 “…That whenever any Form of Government becomes destructive of these ends, it is the Right of the People to alter or to abolish it, and to institute new Government, laying its foundation on such principles and organizing its powers in such form, as to them shall seem most likely to effect their Safety and Happiness. Prudence, indeed, will dictate that Governments long established should not be changed for light and transient causes; and accordingly all experience hath shewn, that mankind are more disposed to suffer, while evils are sufferable, than to right themselves by abolishing the forms to which they are accustomed. But when a long train of abuses and usurpations, pursuing invariably the same Object evinces a design to reduce them under absolute Despotism, it is their right, it is their duty, to throw off such Government, and to provide new Guards for their future security..” – Declaration of Independence

Do not discredit our continual connection. Sharing grievances and communicating via this new social digital interweb is not ‘nothing’. Everything you are exposed to through facebook is not meaningless.  I see these comments frequently in response to posts about issues, concerns, fears, problems in this world.  I firmly believe that facebook and other social media are remarkable tools and invaluable in providing alternative informational networks.  In our everyday life, we may appear separated but, in fact, we are only increasingly become aware of vast interconnectedness.  These social media networks are one medium that enable this increasing awareness.  They are so incredibly important that without them you would probably never know the NSA was spying on everybody or that a man lit himself on fire in front of the White House last week. Without ways to share information, our centralized media may have prevented this movement. This movement is growing in part to the internet as well as those with the dedication, sacrifice, and courage to keep on keeping on.  Sometimes I see criticisms like why don’t you do something instead of posting on facebook? I think posting about issues is a form of action. Engaging in dialogues whether on the internet or in person are to the same effect. And obviously the importance of any piece of information is up to the person receiving it whether they read it in the newspaper or on twitter.  Not to mention that the mainstream media now relies on tweets to report the news. I’m not saying that the news not doing any investigative journalism is a good thing, just that tweets have a tendency to give immediate, on the ground information to the public.  So whether it is learning of new events via twitter or discussing the failures of the governments on facebook, this direct sharing of information is connecting the human population on a global level.

It’s not the days where the mob could just overthrow the chains that shackled them by grabbing their pitchforks and taking down the king or ruling patriarch. Back in that time it was clear who was in charge. He lived in a huge castle down the block.  Nowadays, that clarity is next to obscure.   You can’t just surround the White House. What would that accomplish? Do you really think the President is in charge…There is one indicator that seems to last through the ages and that is to follow the money.  However, we know this already, most have heard of the 1%.  We know who has all the money, we’ve heard countless stories of greed, deceit, and fraud.  The problem is our government has been infiltrated by a covert and mysterious influencing force.  It’s difficult to describe this force as it is so elusive, but we see the effects of its existence in so many ways to mention just a few: (The whole list would probably fill a library, these are just to serve as examples.)

We don’t want to demolish the infrastructure that has taken centuries to create. For the most part, our system is a churning machine that provides pretty amazing results with some issues for sure.  I don’t think I need to go into all the discoveries, inventions, organizations, ways of thought, etc that derive from American life.  And this includes all the steps taken over the years by many individuals and groups set with the intention of liberating themselves from this out of control consumer culture.  As examples, some focus on where you spend your money, encouraging us to shop & invest locally, some focus on local food, others Occupy our parks.  But these steps still only take us so far. We are still within the rigid frame blind in the matrix.  If we are to truly embrace all of our potential we all must break free.  We need to revolt.  The kind of revolution we must uptake is non-violent.  The kind of revolution we need is what I will call a community awakening.  The rate at which individuals have been and continue to wake up to their present condition only increases.  I believe it is time, we awake as a community, as the larger connected body. We are ready.  We must reestablish our communal bonds as people of a common living planet. This sounds vague and theoretical, but the reality is that  it is our thoughts that precipitate our actions. Given the right theoretical framework, our actions naturally follow suit.  We have realized that life is too expansive, too unique and dependent on perspective, and has too many variables to accurately describe with concrete and objective certainty.  The objective reality is a fallacy; it does not and can never possibly exist.  We are always and forever biased observers in a subjective situation.  The world and its descriptions become realized realities only because of people’s belief in them. The internet and the many social and information networks allow alternative, intimate, and unheard descriptions to be shared widely.  I was taught what to think since I was a child, I was told what to see and what’s real, but what I’ve found is as soon as I allow expansion inward, my world transformed  into an unimaginable and often magical existence. I see now the uniqueness in every moment and realize our interconnectedness with all of the universe. I believe these digital tools are keys to permeating these ideas and connecting all of us.