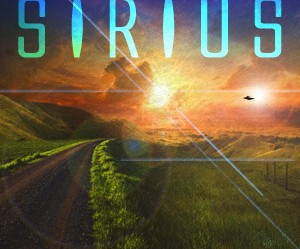 Quite a controversial set of topics ‘Sirius: The Documentary’ chooses to tackle.  But the controversiality is precisely why it is so essential for people to watch this film.  Personally I had and continue to have a difficult time accepting much of what is proposed. Although, I realize that this skepticism has been intentionally instilled in me through years of exposure to carefully crafted propaganda and the powerful influence the status quo tends to have on us.  Many people are complacent with the little tid bits of information they collect and then close off to new information to justify a particular belief. However, beliefs are all about being maleable to new information that comes to rise.  As philosopher William James said, truth is not final until the “last man has had his say.”  Beliefs and truths should be constantly evolving given our experience and what we observe.  There is nothing more false then a hardened skeptic.  We must vigilantly strain our minds to remain open, especially things that potential stand to significantly change the way we live.

I know I’ve struggled.   I’ve had to adapt my beliefs and become more open to other possibilities, possibilities that once seemed so far-fetched.  So ‘out-there’ that even entertaining the idea leaves one open to great ridicule   However, the more information I find reveals my own ignorance and of others.  UFOs are apparently no new thing, but why have we instead developed a now commonly accepted view that aliens/UFOs are illusory and inane.  Why if there is so much data documenting the existence of UFOs, are most still unaware of their documented sightings?  These are good questions and get answered by Dr. Greer and his team in ‘Sirius.’ Dr. Steven Greer, founder of the Disclosure Project and Center for the Study of Extraterrestrial Intelligence (CSETI) have been investigating UFOs and extraterrestrials for decades now.  They claim to have documented thousands of video footages, pictures, and eye witness testimony by civilians, government workers, ex-military personal, high-up government officials –

“We have over 500 government, military, and intelligence community witnesses testifying to their direct, personal, first hand experience with UFOs, ETs, ET technology, and the cover-up that keeps this information secret.”

If you have any doubts, it is absolutely essential you watch this film.

There is a certain point when the amount of proof comes to such a degree that something stands without doubt on firm ground.  I can say now UFOs are real, Alien technology does obviously exist, and we have much to learn.  I’m maintain a critical eye, but I can no longer in the right mind bear fruit to my skeptical mindset. There is more evidence for than against, and I have no idea why I’m so resistant. Nevertheless, I keep an open mind for new discoveries and excited for these amazing times we are living.

I watched the documentary on vimeo which has since been taken down. Real documentaries cost money to produce and selling the film is an obvious necessity given the world we live in. I think it would have been wise to provide a free version and encourage people to donate or pay as to allow for a completely stream less distribution, but I understand.  Support their film, it’s only $10!  You can find a free version through torrent sites or I’ve seen a few on youtube… Either way, watch it!